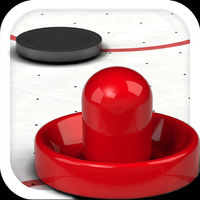 Play against your friends over Bluetooth and WiFi! Touch Hockey outclasses every air hockey game available on the iPhone and iPod touch with the fastest animations possible and it’s FREE!

One of the only 10 games your iPhone needs.
-gizmodo.com

“it’s a great game, and it’s definitely worth downloading, playing, and having on your iPhone.”
-What’s On iPhone.com

“Touch Hockey is a highly polished air hockey game for the iPhone and iPod Touch. It looks great, and the gameplay is completely customizable.” 4.5 out of 5 stars
– appstoreapps.com

“Overall Touch Hockey is a must download. It’s simple priceless fun. I am giving Touch Hockey a 5 out of 5 stars”
-everydaygamers.com

“We found this game to be a great time killer”
-iphone-apps.toptenreviews.com

Download the most popular iPhone air hockey game ever! See why Touch Hockey has been installed over 25 million devices!!