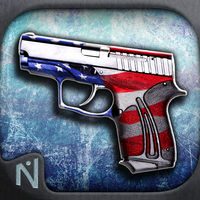 • IT’S PUCK HUNTIN’ SEASON! YEEHAW! •
Bust out your trusty six shooter and defend your goal by any means necessary. Go head-to-head against your friends, your enemies, or anyone in the world in the wildest online hockey battle this side of the Mississippi.

• JOIN OVER 20 MILLION GAMERS WORLDWIDE •
And find out why Naquatic apps like Shooting Showdown and Basketball Showdown have lit up the top charts and been featured by everyone from Apple to IGN, AppAdvice, and TouchArcade.