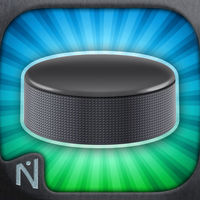 Tap your way to glory! Collect cash, recruit players, and manage your team as you battle against real opponents from all over the world.

• TEAM UP WITH FRIENDS •
Play alone, or form a team with your friends to compete for fame and riches in weekly tournaments.

• MANAGE A FRANCHISE •
Draft, sign, and train players into an unstoppable roster of superstars.

• COMETE ONLINE •
See how your team stacks up against the competition in blistering online matches.

• JOIN OVER 50 MILLION GAMERS WORLDWIDE •
Follow @Naquatic on Facebook and Twitter to find out why our apps like MonsterCrafter and Shooting Showdown have been featured by everyone from Apple to IGN, AppAdvice, and TouchArcade.